Though cricket is not the national game of Pakistan, it is taken pretty seriously. People enjoy watching cricket matches more than any other sport. Be it the male population or female, everyone gets very excited when the Pakistani team is playing a match. Families, friends, communities gather together to watch a single cricket match, especially when it’s between India and Pakistan.

The Pakistan cricket team has players from all over the country while we have a few prominent ones from the northern side of Pakistan, Peshawar. Lets look at the list.

Umar Gul joined the team in 2003 as a fast bowler. This player from Peshawar gave some tremendous bowling performances and proved that we have nothing but the best. He was also nominated for the Emerging player of the year award. 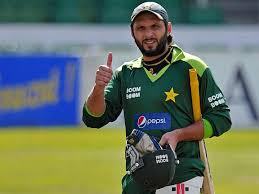 The cricket icon in Pakistan, ‘Boom Boom Afridi’, played his first match in 1995 and surprised everyone by scoring the fastest ODI century in his first international innings. He still wins our hearts with his dynamic performance.

Yasir Hameed is another Pakistani cricketer from Peshawar. He scored two centuries on his test debut against Bangladesh, becoming only the second player to do so. He had the fastest speed of scoring first 1000 ODI runs in Asia.

Meanwhile in Pakistan is an e-zine portal dedicated to bring you the positive side of Pakistan and Pakistanis across the globe as a nation. We believe that there is more to Pakistan than what the world has seen and we work with the mantra: Positivity is contagious. Our mantra is what drives us and we believe that it is the general driving force among average Pakistanis. We believe in collaborative evolution and prosperity for Pakistanis across the globe and strive to bind our nation together one article at a time.

Most Adventurous Spots In Karachi